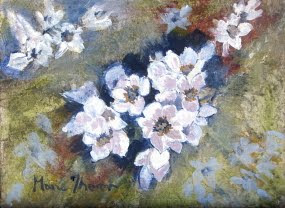 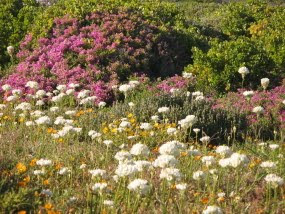 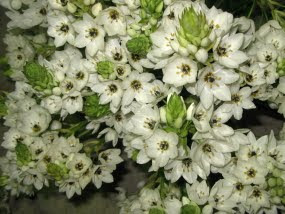 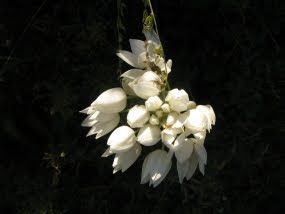 With the end of the wildflower season in sight, I want to tell you about the flowers you probably know as "chinks". Summer is getting warmer and all over the fields they are now drying off.

The Greeks, and some sources say the Romans, would describe something that was amazing, incredible and wonderful as "birds milk" which in translation would be ornis + gala. From there the scientific name Ornithogalum. South Africans claimed to have heard a ching sound when picking at the stems and that gave us the common name for this flower: Chincherinchees.

You know by now that Kabeljoubank where I live is absolutely steeped in history and culture. Here the British Peer and her crew perished in 1896, and we still see pieces of their red bricks ballast, rounded and shrunk by ocean movement to the size of pebbles. Here, also, if people will look where I direct them, (a photographers dream....but nobody is interested) the process of snoek drying in the seabreeze can be seen.

But this is the nicest Kabeljoubank story of all: Between the two world wars, tourists who had travelled to Cape Town by ocean liner or train, would sometimes in spring and early summer hire a horse cart and travel the distance to Kabeljoubank for a picnic. They admired the beautiful views, the bluest ocean, the fields of spring flowers. One of the sights they saw was the picking of chincherinchees (in bud form) to be exported to Covent Garden where they were sold, a popular flower which can last for weeks in a vase.

Of course my vases at home bear nothing of the sort, as all our flowers in the Cape Flower Kingdom are now protected! To be admired, photographed, sketched, but never to be picked! The first image is my painting, the second the veld next to my studio with ragwort and chinkerinchees, then a bunch I photographed at the annual Wild Flower Show and lastly a little macro photo I took. Do not forget to let me know if you have ever seen or grown "chinks"!
Posted by Marie Theron at 4:58 PM