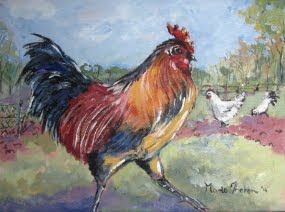 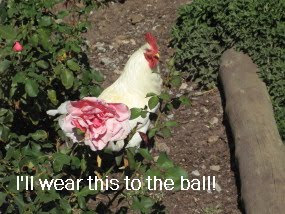 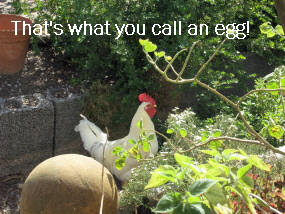 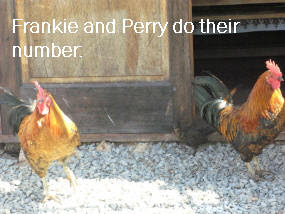 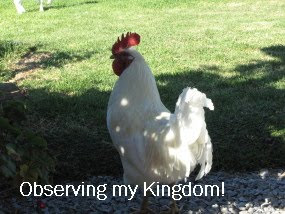 A large part of the West Coast consists of farm lands and countryside. In between you will find our beloved small towns, fondly known as "dorpies". The atmosphere is rural, to say the least! I often visit Lelieblom Farm and there I have met some other farmers too. I need to see the milk farms especially because the products from Darling Dairies are well known all over the country in food stores. I also needed an excuse to paint a colourful rooster, so here it is!

The picturesque roosters at Lelieblom Farm are known to rush through the house to reach the front garden as soon as a door opens! I chose to paint this colourful red guy! In the painting I placed him in the foreground so that all else will seem small. Look at that assertive stance! As a little girl I was chased by a ferocious rooster, they do that, don't they? I call my painting "Master and Commander", because of the bossy attitude!
Posted by Marie Theron at 5:41 PM